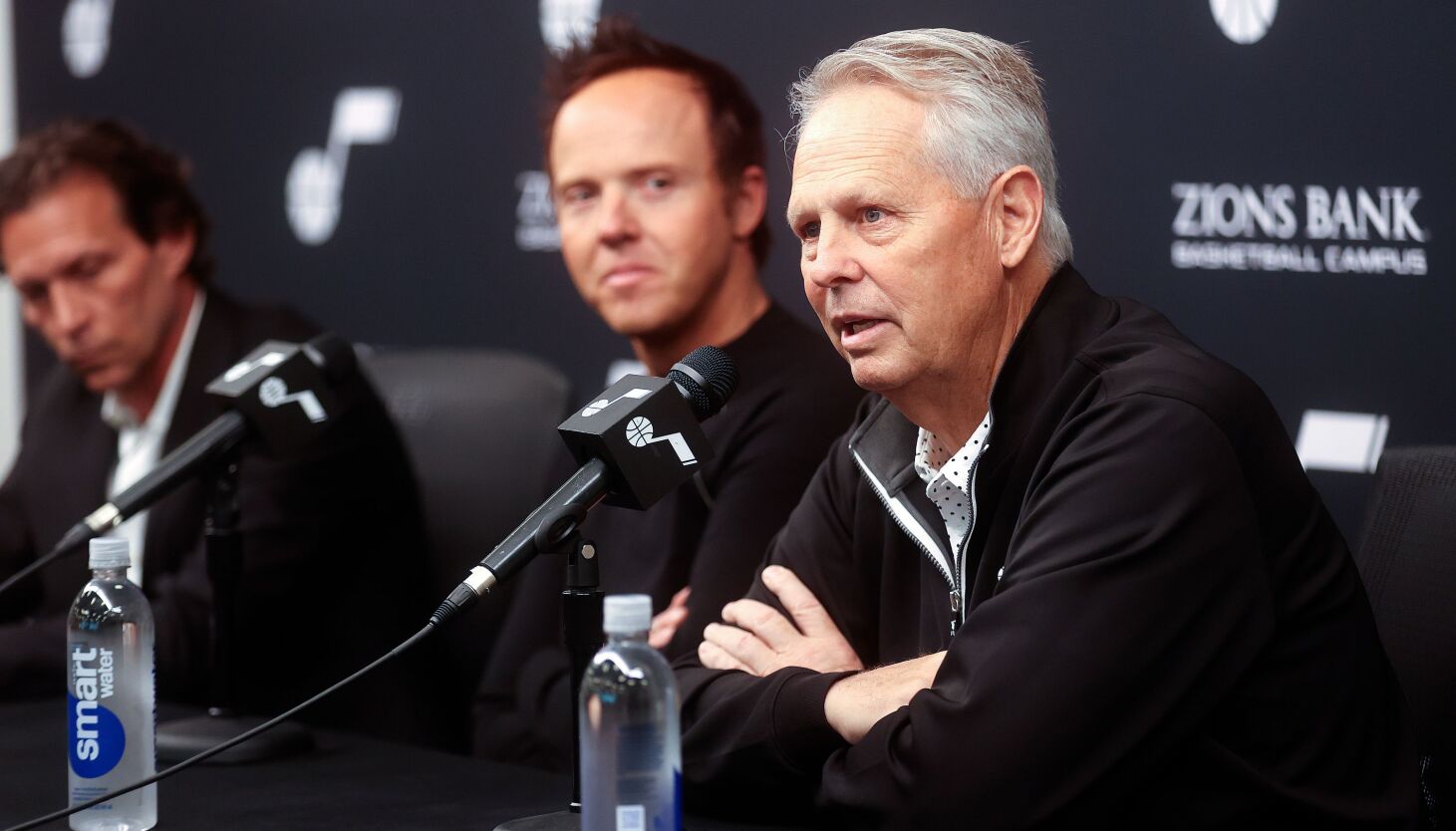 The last time Danny Ainge hired a head coach was in 2013, when he hired Brad Stevens to coach the Boston Celtics. Before that, his last hire was in 2004 when he put Doc Rivers in charge of the Celtics.

The thing is, it’s been a while.

When Ainge hired both Rivers and Stevens, he had been heavily involved in scouting, was part of a broadcast team, spent a lot of time on the road, he had been in the game, so to speak. Now, as CEO of Utah Jazz of Basketball, the search for a head coach is going to look different.

“I’m in a position where I haven’t really sought out those coaches to the same extent,” Ainge said Monday, as the Jazz bid farewell to Quin Snyder. “There are a lot of names that I know, that I know in the coaching world, but it will be very different from the previous two (hires) and probably more in-depth.”

Jazz owner Ryan Smith added that the team is in no rush. There’s no need to make a quick decision because the Jazz want to be sure they’re making the right call.

Ainge echoed that sentiment when he spoke with David Locke on the Jazz’s “Take Note” podcast on Wednesday, noting that assistant coach Alex Jensen, who is one of the coaching candidates- chef, will take on coaching duties during the off-season. fill the vacant head coach position.

“We have a lot of contract employees who have the opportunity to do more,” Ainge said. “Alex is going to lead our summer league and lead all the training for that and so I think we’re in really good shape right now. I think we can take our time and do it right.

As for the type of coach the Jazz are looking for, it’s not so easy to define. The Jazz reportedly cast a wide net that includes former NBA head coaches, coaches who worked with the Jazz as associates, as well as NBA assistant coaches from across the league.

In short, the Jazz are looking for someone who will be detail-oriented but also able to command respect from a dressing room. The Jazz are going to need someone who can manage personalities and build a coaching staff that will be on the same page and eager to improve.

“Especially at the NBA level, where there’s so much money and there are big egos and big dreams…it’s complex and you have to be able to deal with the chaos as well,” Ainge said. “Everybody wants a beautifully run machine, but my NBA experience tells me that most great players and most great teams I’ve been around are mostly chaotic. … You deal with a lot of chaos and sometimes you have to focus on some of the mayhem rather than the basketball.

The Jazz did not narrow their search in terms of number of years of experience or age range or coaches who have specialist areas of knowledge, but Ainge said player input was going to be a factor. important in the process.

Although there is already familiarity with the players and Jensen, as well as candidate Johnnie Bryant – a former Jazz assistant who is close to Donovan Mitchell and is now an assistant for the New York Knicks – and Ainge said the familiarity and the level of relationship were important, it is not the only factor motivating the inclusion of players.

“You have to sell them what you do, whatever it is – if you’re doing a job they might not like, you have to be able to sell why you’re doing it,” he said. “It’s just to put them in the right mindset so they can give this change a chance to succeed. But, I believe players are also partners in this thing.

Although Snyder did not step down until Sunday, the search for a new head coach is ongoing. The Jazz have contacted several teams to ask permission to interview potential candidates and the rumor mill is already swirling with who is leading the pack.

The only certain thing right now is that this upcoming jazz season will be very different from most previous ones.