Oscar Piastri agrees a deal to drive for Williams in Formula 1 next season, with his debut potentially confirmed by the end of the month.

The Alpine test and reserve driver is one of F1’s most promising young drivers and won a hat-trick of Formula Renault Eurocup, Formula 3 and Formula 2 titles from 2019 to 2021.

He missed out on an instant F1 graduation for 2022 as Alpine had no place in his own team and couldn’t agree a deal for Piastri to be loaned elsewhere.

Piastri has spent the 2022 season testing last year’s Alpine alongside his role as the team’s reserve driver.

The Australian was happy to take on the role for one season with the agreement that Alpine would find him a racing seat for 2023.

Piastri is under contract with Alpine for next year but is believed to have a release clause of some sort if he hasn’t agreed a deal to race in F1 by the end of June.

Alpine are still unable to put Piastri in their own team as Esteban Ocon is under contract until the end of 2024 and two-time world champion Fernando Alonso is all but confirmed for 2023.

The extension of Alonso’s return to F1 is considered a formality given his desire to continue and the quality of his performances this year, even if they are not reflected in his results.

Alpine has made it clear that, under the circumstances, it was happy to let Piastri join another team at short notice, but did not want to permanently lose such a highly rated driver.

Multiple sources have indicated that the solution looks increasingly likely to loan Piastri to Williams.

It’s also likely that Piastri’s decision will be announced at the British Grand Prix, as that event begins at the end of June – the aforementioned contractual deadline for Alpine to secure Piastri’s future, and the race at which the manager from the Alpine team Otmar Szafnauer hoped to be able to confirm his driver plans.

Williams is clearly open to such an arrangement as for the 2022 season it has agreed a similar deal with Red Bull to sign Alex Albon, who Piastri is likely to partner with when he makes his F1 debut.

Albon has been very impressive in 2022 while teammate Nicholas Latifi has struggled, lacking pace and also suffering costly crashes.

Latifi’s position at Williams has so far been secured by the funding he brings in and his father also played a vital role in helping the team manage some debt at the start of the COVID-19 pandemic.

This helped Latifi extend his stay until 2022, but he is unlikely to last beyond a third season.

Latifi said at the Azerbaijan GP weekend that he was aware of his current situation after a lackluster start to the 2022 season.

“I really feel that I’m under pressure, it will be the same for any driver who doesn’t have a contract for the following year,” Latifi said when asked by The Race about his position.

“I think the pressure is always there, whether I’ve had great performances or where I am now, which obviously isn’t where I want to be.

“I know I have to improve, I want to improve, I’m not happy with the way things are right now, so I’m just trying to keep taking steps to improve it.”

However, it seems unlikely that Piastri will replace Latifi from this year’s British GP, as has been reported.

A source familiar with the situation told The Race that a mid-season change may have been suggested at some point but was neither planned nor under discussion as of the GP weekend. from Azerbaijan.

Latifi himself categorically denied that he would leave the team mid-season and expects to stay until the end of the year.

Asked by The Race in Baku about the rumour, he said: “I know I will be racing for the rest of the year. So don’t really have a lot of comments about it.

Thank you for your opinion!

What did you think of this story? 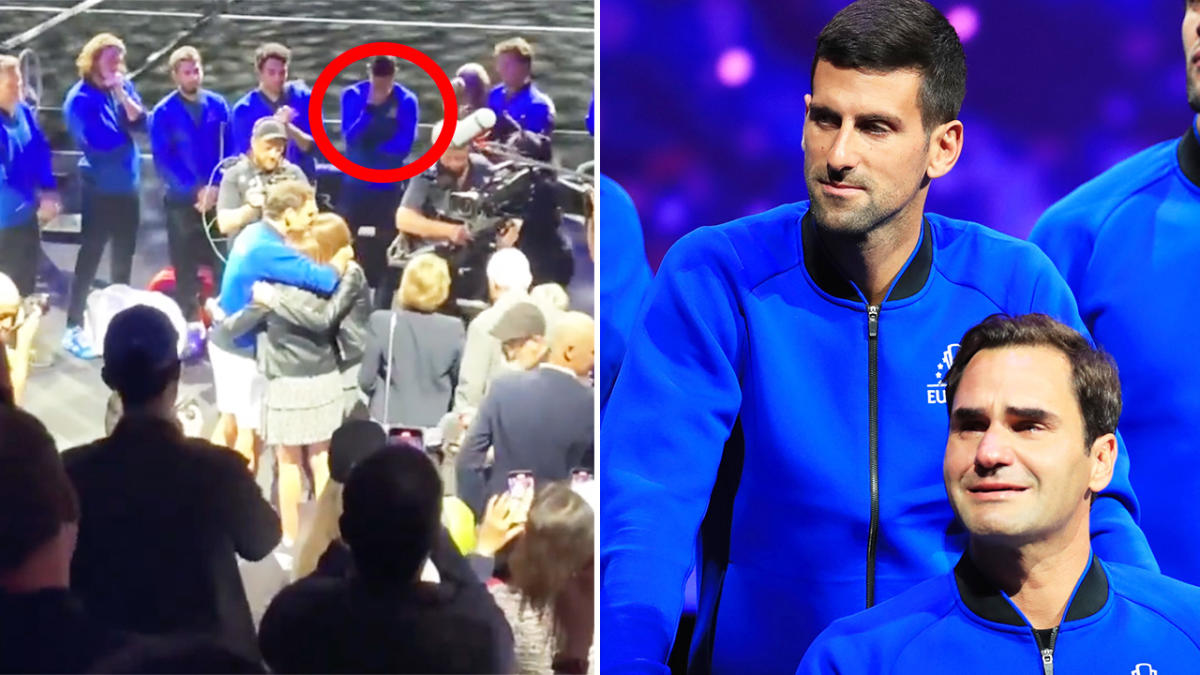 September 30, 2022
It’s time for the US Women’s Championship to move to Winthrop

September 29, 2022
Although my body lately hasn’t been functioning on a daily basis, my head tells me that I still want to continue

Although my body lately hasn’t been functioning on a daily basis, my head tells me that I still want to continue

September 29, 2022
Rafael Nadal and his wife Mery Perello are “expecting a baby boy”

September 29, 2022
We use cookies on our website to give you the most relevant experience by remembering your preferences and repeat visits. By clicking “Accept All”, you consent to the use of ALL the cookies. However, you may visit "Cookie Settings" to provide a controlled consent.
Cookie SettingsAccept All
Manage consent