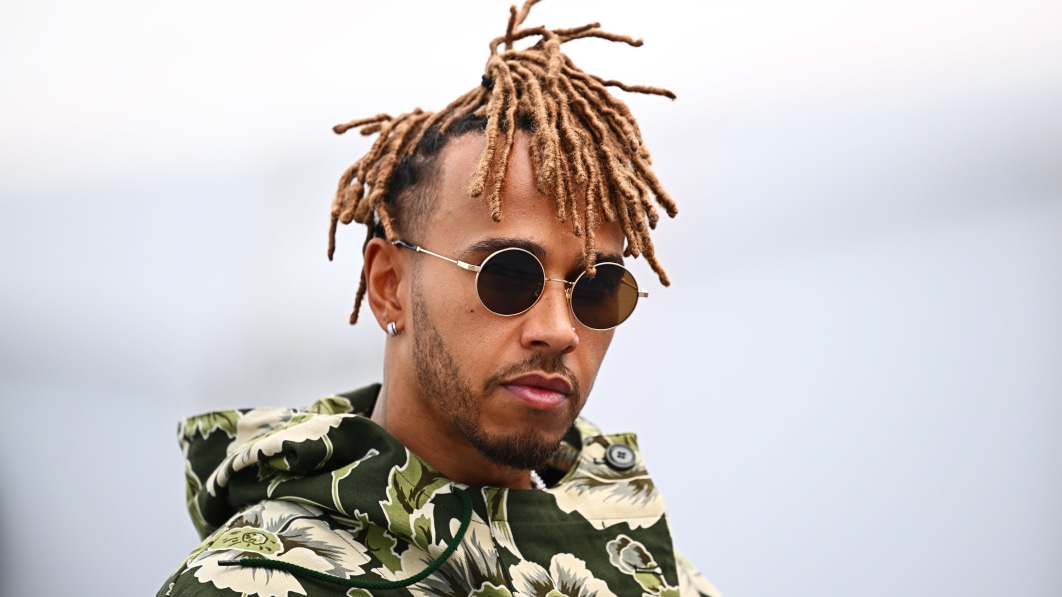 Record crowds are expected to welcome the return of Formula 1 to Canada after a two-year pandemic hiatus, and the series returns to the Circuit Gilles-Villeneuve in Montreal to try to rectify the ills of Mercedes and its 37-year-old champion.

On Thursday, the FIA ​​finally addressed the “porpoising” effect that has bogged down several of the new 2022 cars, including Mercedes and seven-time F1 champion Lewis Hamilton.

But F1’s governing body only acted after the Briton was seen cautiously climbing out of his car in Baku, Azerbaijan, after three days of twists and turns on the circuit.

“My back is killing me!” Hamilton shouted at one point on his radio last Sunday.

He and team-mate George Russell had warned that bouncing their cars was putting their health at risk – and potentially creating a safety risk – and Hamilton said he finished the race on pure adrenaline.

“That’s the only thing. I was just biting my teeth because of the pain. Just adrenaline,” he said. “I can’t express the pain you’re feeling. In the end, you just pray for it to end.

He posted a photo of physiotherapist Angela Cullen helping him stretch on Thursday and said it was the first day he could race since the Baku race. Around the same time, the FIA ​​announced a technical directive that will require teams to raise their cars higher off the ground in order to combat bouncing.

The FIA ​​said it decided to intervene “after consultation with its doctors in the interests of driver safety. In a sport where competitors regularly drive at speeds above 300 km/h (186 mph), it is considered that all of a driver’s concentration must be focused on that task and that excessive fatigue or pain experienced by a driver could have significant consequences if it resulted in a loss of concentration.

“In addition, the FIA ​​is concerned about the immediate physical impact on the health of the drivers, a number of whom have reported back pain following recent events.”

Hamilton, who lost the F1 title last year to Max Verstappen in a controversial season finale, has struggled all year with Mercedes’ new car. He’s sixth in the standings and has scored just one podium, and Hamilton is consistently trailing young team-mate Russell. The 24-year-old is fourth in the standings with three podiums.

Red Bull boss Christian Horner has wondered if Mercedes is overdoing the porpoising to cover up his inferior 2022 car. And others have noted that Mercedes themselves could ease the physical toll on Hamilton and Russell thanks configuration changes – changes that go against the competitive advantage the team is seeking with their current configurations.

F1 last raced at Circuit Gilles-Villeneuve in 2019 as the series was unable to compete in Canada for the first two years of the pandemic. The comeback is the hottest ticket to Montreal and the series expects the three-day Canadian Grand Prix weekend to draw the biggest crowd ever.

Sunday’s race is sold out and, after the addition of two new grandstands, F1 said organizers expect a record 320,000 fans over three days.

F1 is entering only its ninth race of the season and jobs are at stake. Canadian driver Nicholas Latifi is one of those whose future could be decided this weekend.

The Williams driver will compete in his first Grand Prix on home soil, but there is speculation that Sunday could be his last with the team. The Toronto driver has zero points and is ranked 21st in the standings — in a field of 20 cars. Nico Hulkenberg replaced Sebastian Vettel for the first two races this season and overtook Latifi, so he is higher in the standings.

Schumacher failed to score a point and missed a race due to an accident, and now Schumacher supporters argue that the Haas boss’ open criticism of the young German is of no use.

Meanwhile, at McLaren, the only thing that is clear is that Daniel Ricciardo needs to start racing closer to the front.

The team and driver agree they have a contract until 2023, but boss Zak Brown has admitted to “mechanisms” on either side that could theoretically free McLaren from retaining the popular Aussie next year.

“My contracts are clear with the team,” he said in Baku, “until the end of next year I am fully committed. I have certainly expressed it. And it is obviously now just on track to show it off and show those moments and races that I know I’m capable of.

Love at first sight for WTR at Watkins Glen

June 27, 2022
Why Alperen Sengun Could Be Jabari Smith’s Biggest Beneficiary